Born in 1985 in Bolzano (I), Roberto Radivo developed his passion for sales and organization in his early years.

During the first years of his career he worked as a salesman, but soon chose a career as an international sales manager.

It was around this time that he started his university studies in order to improve his management skills and got his MBI degree in 2012. Inspired by the content, the people and the acquired skills he soon applied for an executive international MBA, successfully completing it in 2014.

Following his studies Roberto Radivo worked in several management and board positions for international companies and launched his own agency Roberto Radivo – radivocon in 2018. 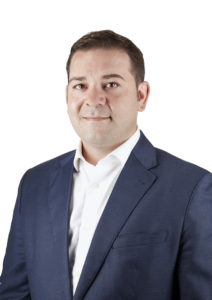 Get in touch with us NOW!

We work hand in hand with you

We use cookies to give you the best user experience. If you continue to use this site, we assume that you agree. OK Deny